After 18 months of travel restrictions, a number of countries in South-east Asia have begun opening their borders to foreign visitors to stoke recovery in their respective tourism industries.

In late September Thailand announced a four-phase plan to reopen the country by prioritising key tourist destinations. As of November 1 quarantine requirements will no longer apply to vaccinated travellers from 10 low-risk countries – among them China, Germany, Singapore, the UK and the US – while various different parts of the country will open to tourism from October through to January.

The move comes after the country introduced a first-of-its-kind “sandbox” tourism scheme in July. As OBG detailed, this allowed vaccinated foreigners to travel to the Phuket region without needing to quarantine, providing they tested negative before and directly after arrival.

In a similar approach, in September the Vietnamese government announced that the island of Phu Quoc would be open to fully vaccinated foreign tourists who present a negative test on arrival.

The move is part of a broader plan to reopen parts of Vietnam, with the government announcing that it would allow people from low-risk countries to visit key tourist destinations from December, including Halong Bay, Hoi An, the highlands town of Dalat and beach destination Nha Trang.

Elsewhere, Singapore has established quarantine-free travel through its Vaccinated Travel Lanes system. Under the plan, vaccinated passengers from selected countries may enter the country provided they return a negative PCR test within 48 hours of their departure.

Initially launching in September for travellers from Germany and Brunei Darussalam, the system will expand to eight more countries – Canada, Denmark, France, Italy, the Netherlands, Spain, the UK and the US – on October 18, with South Korea to join the list on November 14.

Other countries have been more circumspect, however.

For example, earlier this week the Indonesian government announced that the popular tourist destinations of Bali and the Riau Islands would be open to foreign tourists from 18 countries, including China, Japan and New Zealand, from October 14.

However, in contrast to elsewhere in the region, those entering Indonesian tourist hotspots are still required to spend five days in quarantine, in addition to purchasing quarantine insurance and a hotel stay for the initial quarantine period prior to their arrival.

In Malaysia, meanwhile, officials have recently lifted restrictions on domestic tourism, as part of the country’s Tourism Recovery Plan.

In a press release published on the 20th of November, the central…

Krung Thai Bank Research Center predicted that in the next 10 years,… 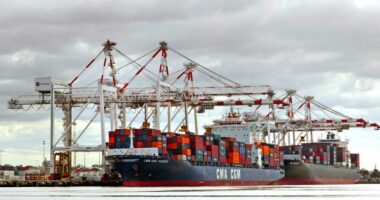 For the past five years, goods transportation by rail to Russia has…